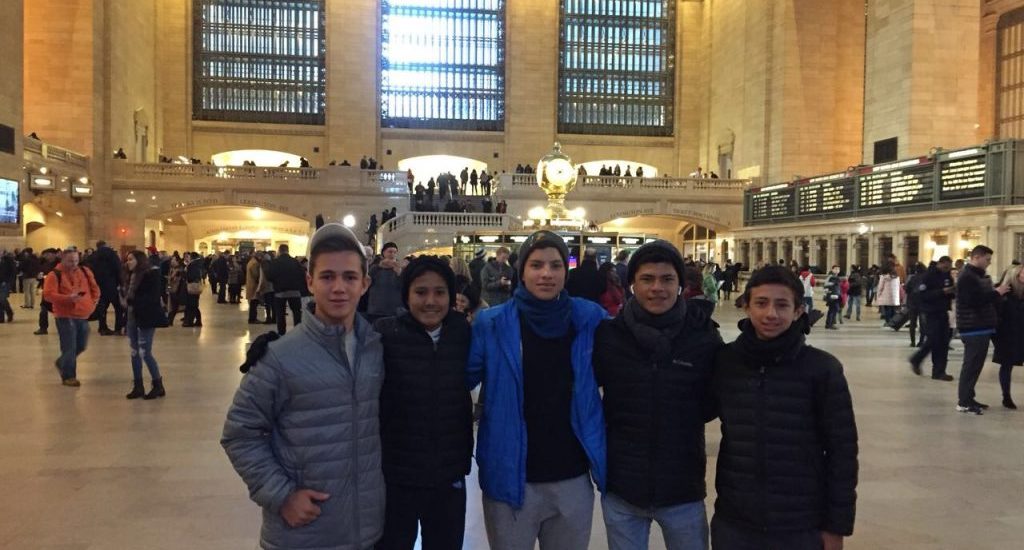 Accompanied by teachers, a delegation of students San Pedro lived a cultural and student exchange participating in a "Language School" in New York for two weeks. This program, conducted in partnership with Education First (EF), allowed them to strengthen their level of English and share personalized orientation courses with students from different cultures around the world. They also took some sightseeing tours of the most representative places and museums.

In New York they visited his partner Carlos Orbegoso, a former student of our school, who shared with them his experience as a student of History and Economics in New York, as well as giving them some guidelines for their preparation at this year's Harvard MUN. In addition, during their stay, they visited Delbarton College in New Jersey, where they were able to learn more about the education system of a particular Catholic school in the United States.